David is a Dynamic Speaker who guides his audiences to focus on accepting their own differences so that they can accept the differences of others. 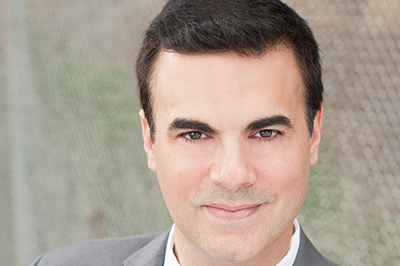 David Harrell is an actor, speaker and disability advocate, originally from Brunswick, Georgia, now residing in New York City. His award-nominated solo play A Little Potato and Hard to Peel has entertained audiences from New York City to the depths of Southern Georgia and to as far away as Parnu, Estonia;  from off-off Broadway houses to the Department of the Interior.  He uses his hysterical comedic sensibilities, powerful stories and a crazy cast of characters from his life’s journey growing up with a disability to challenge audiences to not let circumstances peel away the core of their humanity.

His keynote presentation, Navigating a Two-handed World…Single Handedly, takes aspects of his successful solo show to “carry each and every audience member into a world of hope; a world full of the complexities of the human condition.” His clients have included; The Binghamton University Forum, The US Department of the Interior, G-CASE (Georgia Council of Administrators of Special Education), College of Coastal Georgia, Savannah and Chatham County Schools, Coffee County (GA) Board of Education, Floyd County (GA) Board of Education, GA Dept. of Education Parent Mentor Conference, GEAR Summer Institute, Ohio Association of School Nurses and St. Joseph’s College.

David’s unique and powerful life story reminds us that we will all face challenges in our lives.  People will try to place limitations on our abilities and we may even place limitations on ourselves but we do have a choice to not be defined by these limitations.  We can choose to live our lives with dignity and courage; we can choose to navigate the world in our own unique way and as David’s grandfather told him many years ago, we can all be little potatoes and hard to peel.

As an actor, he has performed with theatres in New York City and across the country over the last 15 years; he has appeared in independent films, web series and the New York City institution Law and Order: SVU. As a Disability Advocate he has worked as the Accessibility and Outreach Director for the Raleigh Ensemble Players in Raleigh, NC and currently serves as the Disability and Programming Associate for Inclusion in the Arts in New York City. He serves on the NY Local Performers with Disability committee with SAG-AFTRA and is also a proud member of Actors’ Equity Association.

David holds a BFA from the University of Southern Mississippi and an MFA in theatre performance from the University of North Carolina at Greensboro.  He was nominated in 2010 for a New York Innovative Theatre award for “Outstanding Solo Performance” and has performed with the Greensboro Fringe Festival, Paper Lantern Theatre, One Man Standing Festival, Goodwill Theatre, United Solo, All For One (in the historic Cherry Lane Theatre), Georgia College, Playhouse Creatures Theatre, Soul-O Theatre Festival (Toronto, Canada) and the Monomaffa Theater festival in Parnu, Estonia. He has performed his solo play for young audiences, The Boy Who Would Be Captain Hook, in over 75 schools throughout the country and he continues to educate, encourage and entertain young audiences to not be defined by limitations.

© Copyright 2022 David Harrell
Back to Top